Introducing Frankie- Our July 2016 Pet of the Month

Home » Introducing Frankie- Our July 2016 Pet of the Month 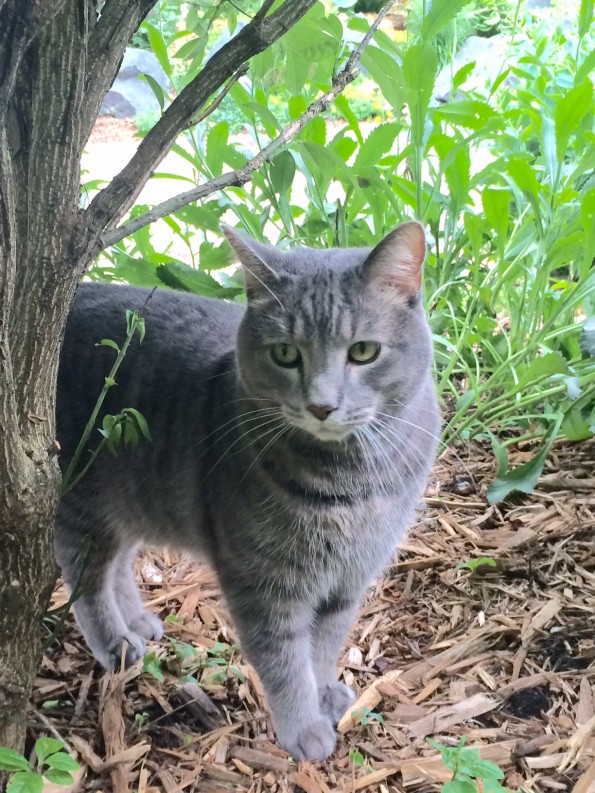 Meet Frankie! Frankie was chosen as our Pet of the Month for July 2016. We interviewed Frankie’s owners to find out a little bit more about this handsome kitty.

Frankie, who sometimes goes by ‘Frank’ has a brother cat named ‘Sammy’. Frankie also had a brother named ‘Joey’- So his family just needs a ‘Pete’ and ‘Dean’ to complete their 1960s legacy of the ‘Rat Pack.’
Frankie loves to play with Laney- the dog of the household, and garter snakes- yikes! Frankie also takes an interest in baby bunnies.
His owners also tell us that he enjoys giving stomach and head massages- (and here we thought cats just liked receiving massages) 🙂
His people also tell us that “Out of our 4 pets, he is the smartest and definitely the leader of the pack. He is an excellent hunter and often acts more like a dog than a cat”.

Frankie was selected by random drawing of all entries submitted during the month of June. If you would like a chance to have your pet featured as our pet of the month, stop by the clinic any time during our open hours to complete an entry form.

rockford | Pet of the Month